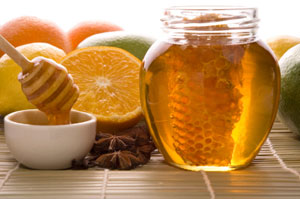 The queen was slim and elegant as she moved slowly among her attendants. I could not take my eyes off her. But Miss Henderson told us our time at the Nature Center was over; the fifth graders had to return to school. I took one last look at the little beehive with its glass walls and reluctantly boarded the bus.

For the next three days I could think of little else. I poured through the encyclopedia’s entry on bees and monopolized family conversation with dinner-time descriptions of the Center’s observation hive and its fuzzy, yellow inhabitants. In an effort to satisfy my newfound enthusiasm, Dad agreed to take me back to the Nature Center the following Saturday. I spent the morning, nose pressed to the glass, watching the nurse bees helping the babies out of their cells, the housekeeping bees carrying out bits of wax and debris and the big, fat drones, bumbling aimlessly around the hive. And, of course, I watched the queen. I was mesmerized by her stately progress across the face of the honeycomb. She paused briefly at each cell, laid a tiny egg and then moved on. Twice as big as the other bees, she had what appeared to be a beautiful jewel in the middle of her back. Actually, it looked as though someone had painted a green dot on her. I searched for the guide to ask her about the dot, but the volunteers were all outside.

That evening I got up the courage to ask if I could have a hive of my own. Mother arched her eyebrows and looked at Dad. “I don’t think so,” he said. “But Mom,” I pleaded, “you’d have a wonderful garden. The bees would really help with pollination. ” She shook her head with finality and gave me The Look. I knew it was the end of the discussion. As if to soften their decision, Dad offered to take me back to the Center when the beekeeper, Mr. Miller, was there.

When that day finally arrived, I peppered Mr. Miller with questions while he was adding an extra box on the top of the hive. A “super” he called it.

“They’ve run out of room to store their honey,” he patiently explained.

“If they get too crowded, they’ll swarm.” I nodded. Swarming, the encyclopedia had told me, was when some of the bees flew away to start a new hive.

“And what’s that dot on the queen’s back for?” I asked.

“Does it make her easier to see?” he inquired.

“That’s one purpose,” he explained. “The other reason is the dot tells me what year I put her in. Two years ago, the queen I introduced to the hive had a yellow dot on her thorax. One day, I could not find her and noticed another smaller queen with no dot. I knew then that the hive had become too crowded and the bees had raised themselves a new queen – the one without a dot”

“Where did the old queen go?” I asked.

“She left,” Mr. Miller replied, “She took some of her subjects with her and swarmed.”

“So after that the hive wasn’t crowded anymore. Right?”

“Right,” Mr. Miller said and returned to his work. I continued to think of things I wanted to know.
After he finished, he looked at me in amusement and told me I had too many questions for one man to answer. He led us to the book shop.

“Here,” he said, handing me a large book. “Read this, then come out to my farm and I’ll show you the rest of my hives.” I looked hopefully at Dad who smiled in agreement.

A week later, Dad sat reading in a rocker on the farmhouse porch while Mr. Miller and I went through his hives. Dressed in his grandson’s beesuit, I peered into the white boxes. Mr. Miller pointed out the bees going about their various tasks and showed me the “waggle dance” that they used to communicate. “It is a very organized society,” he explained. “They have their own special rules.” I was enchanted. The hives were busy but orderly. Each bee seemed to have a job and they all worked together in quiet harmony. A soft breeze blew the petals of the apple trees around us and the air was full of tiny bees peacefully etching golden trails across a deep blue sky. I resolved that someday, I too would be a keeper of bees.

That Christmas my parents gave me an ant farm but it wasn’t the same. I did term papers about communal insects and science fair projects about bees. I studied entomology in school, but nothing could take the place of having a hive of my own.

When he first met me, my husband found my interest in bees odd but endearing. He promised that, someday, we could have bees but suggested that our first home, an apartment in New York City, was not an ideal spot. Little houses and little children kept my dream on a back shelf. Then, we bought some farmland in Virginia.

As we stood on a gentle rise overlooking the Blue Ridge Mountains, my husband put his arm around me.
“We’ll build a porch here,” he said. “So we can have a place to watch the sunsets.” Then he swept his hand towards a stand of persimmon trees and added, “And the beehives will go there,”
That was eighteen years ago. Since then, my gardens have been lush, my harvests bountiful, and I have all the honey my family and friends will ever need. In years when I have a bumper crop, I sell the extra in the village.

But harvesting nature’s free sweets is only one of the reasons I love beekeeping. I regard my honeybees as tiny partners; together we work in harmony as stewards of the land. I plant and weed and tend my gardens and they pollinate my crops. Together we reap the harvest.
Now, as I sit on my back porch, watching my bees dart and swirl in the warm summer air, I remember the little girl I once was. I had many questions about bees then. I still do.

In an age when science has solved so many puzzles, when we can clone creatures and live for months in outer space, there are still mysteries. The behavior of bees is one of them. My books have plenty of answers but there are always more questions.

When winter snows drift across my hives, the bees gather into a little ball and keep each other warm. How do the bees in the cozy center know that it is their turn to move to the outside of the cluster and let their colder sisters have a turn in the middle? Why are some hives better at housekeeping that others? Even though I give my bees plenty of room, they sometimes swarm and I can lose up to half of them in a blink of an eye. What can I do to prevent that?

But I do not mind not knowing all the answers. Living with Nature creates a sense of both wonder and humility. I will never solve all the mysteries. And that’s all right.

A version of this story first appeared in the June, 1998 issue of Country Living magazine.